How about the high viscosity of small concrete mixer?

Small concrete mixer is a new type of fully automatic mixer developed through research, innovation and improvement in recent years and combined with its deep strength. The operation and use are relatively simple. Let's briefly understand how to deal with excessive viscosity?

If the viscosity of lubricating oil is too low, its lubrication effect will be reduced, which increases the friction of concrete mixing parts during operation, overcomes the friction work during the operation of reducer, and will also generate a lot of heat, raising the temperature of reducer. If the viscosity of the concrete mixer is too high in the production process, it will increase the bearing capacity of the concrete mixer, increase friction and generate a lot of heat. The oil viscosity is too high and the fluidity is poor, which leads to the increase of operating load, generates a lot of heat and increases the temperature of the reducer. 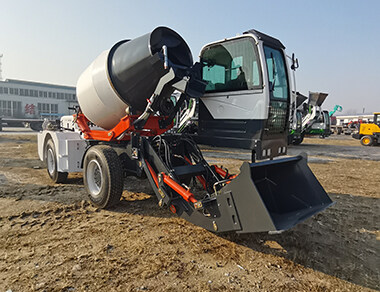